Plans to transform Merthyr Tydfil’s Cyfarthfa Castle into an international quality museum set in an expanded 100-hectare public park, could draw more than half a million visitors each year and “energise the Valleys Regional Park concept”, according to a report published today.

The report says the plan would ‘open new chapters in Welsh tourism, community and cultural development and sustainability’ and ‘create an exemplar project to demonstrate the force and effectiveness of the agenda of the Wellbeing of Future Generations Act’.
The 20-year Cyfarthfa Plan is the result of 12-month’s work by a multi-disciplinary team led by the internationally renowned Ian Ritchie Architects. The plan was commissioned by Merthyr Tydfil County Borough Council and has already been approved unanimously.
Read more here: http://bit.ly/3nzZ1pa

A new company has been formed – The Cyfarthfa Foundation - to take the scheme forward. This is currently seeking charitable status. The plans have also been submitted to the Welsh Government.

Lee Waters MS, Deputy Minister for Economy and Transport and Chair of the Valleys Taskforce, said: “The plans put forward could see Cyfarthfa Castle and Park become a flagship attraction and an important green space for residents and visitors to enjoy for many years to come. We have provided funding to the park as a Valleys Regional Parks Discovery Gateway.
“I thank all those involved for their work on this so far, and I am particularly encouraged that the ethos of this project is that of a ‘bottom up, community led, long term approach to regeneration’. This echoes perfectly the aims of the Valleys Taskforce and Cadw. We will now consider the detail of these proposals.”

The report sets out a three-pronged plan for the castle and a ‘Greater Cyfarthfa Park’ that will
• “celebrate Merthyr Tydfil’s unique history and heritage, as a spur to social renewal
• “celebrate and heal the natural environment to provide a beautiful setting for recreation, education and scientific advance
• “create an engine of creativity that can embrace the whole community”.

It states: “Realising these proposals would change the rest of the world’s view of Merthyr Tydfil and other Valleys communities. It would energise the Valleys Regional Park concept by giving it a core of real scale and impact.
“It would also bring something new and compelling to the economy of the Capital Region, in an area of great need, with a clear agenda of social purpose”.

The report sets out a menu of more than 70 possible projects split into ‘must do’, ‘should do’ and ‘could do’ categories. Among the key proposals are:

• Almost doubling the size of the current Cyfarthfa Park, extending it westwards to take in both sides of the river Taff, ‘healing a wounded landscape’.
• Renovating Cyfarthfa Castle – home to the Crawshays, the famous 19th century ironmasters - and creating new exhibition galleries that will celebrate the industrial and social history of Merthyr Tydfil and Wales.
• Rescuing the 200-year-old Cyfarthfa furnaces west of the Taff, a scheduled ancient monument of world importance, but currently endangered.
• A new ‘Iron Way’ - a dramatic high-level walkway connecting the castle and the furnaces, to echo the 19th century aqueduct that spanned the valley.
• A new ‘Glass Way’ entrance through the park to the east the castle - incorporating two giant greenhouses – the largest is 50 metres in diameter - to echo the castle’s vanished 19th century greenhouses.
• Developing the Pandy Farm buildings opposite the entrance to the castle as a real community asset, offering genuine employment and workspaces.
• An eight-acre community vegetable garden – that could also supply produce to new outlets at the castle – together with the creation of bio-diversity meadows.

The plan also places a strong emphasis on education. It proposes a ‘co-creation centre’ at the castle to extend the castle’s education and outreach programme, while also reserving a site at the confluence of the Taff and Taf Fechan rivers for a possible new environmental institute that could be linked to a higher education institution.

Jonathan Shaw, project leader for Ian Ritchie Architects, said: “This is a 20-year strategic plan that will reveal the global importance of Merthyr Tydfil’s industrial past and work in harmony with nature to transform the Cyfarthfa area.

“The project should grow in parallel with the lives of the youngest generations as they grow into adults. We have developed these plans on the back of extensive consultation with schools, young people and community organisations in Merthyr.

“It draws on the unrivalled social, political and industrial history of Merthyr Tydfil and Wales, its position as a southern gateway to the Brecon Beacons, and its pivotal position in the wider Valleys Regional Park,” he added.

Councillor Geraint Thomas, Cabinet Member for Regeneration, said: “This is a visionary report that describes a transformation that will be of huge value to Merthyr Tydfil, to the heads of the valleys area and to Wales as a whole. It celebrates important chapters in our national past, but with its emphasis firmly on the needs of future generations.”

Geraint Talfan Davies, who will chair the new Cyfarthfa Foundation, said: “The Ian Ritchie team have produced an immensely rich and exciting report that opens up a multitude of opportunities to use our past, and Merthyr’s story in particular, as a springboard to address the challenges of the 21st century. This a project of national as well as local importance.”

Carole-Anne Davies, Chief Executive of the Design Commission for Wales, said: “The commission has been closely engaged in the evolution of this plan, and we are delighted that the end result of almost four year of collaboration is not only a set of proposals of quality and ambition, but also a plan based on sound social and environmental values. It will be important to hold fast to those values and standards as the plans are realised.” 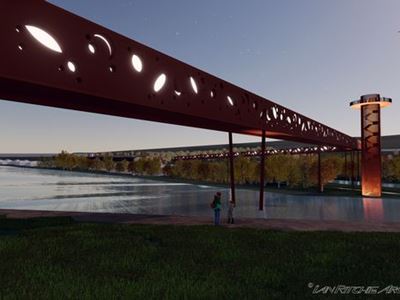 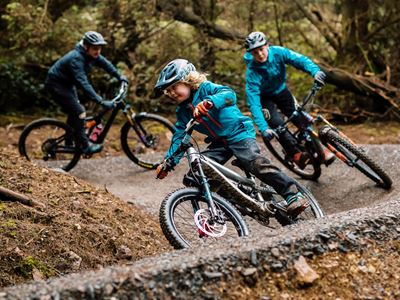