The Cyfarthfa Works were, for a generation at the beginning of the 19th century, the largest ironwork in the world and the source of great wealth to its owners, the Crawshays.

The impressive remains that can still be seen are of six massive blast furnaces and the huge arch which bridged the gap in the bank between them – it is sobering though to consider that these are just a small part of the works that occupied this site. 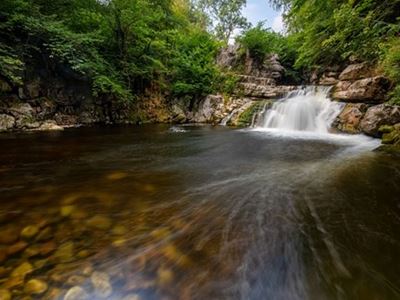